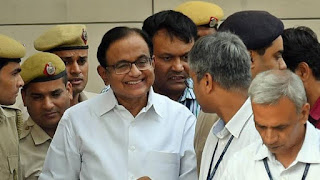 The Supreme Court on Monday asked the trial court to consider former finance minister P Chidambaram’s request for interim bail in the INX Media corruption case after the former minister said that he should not be sent to Tihar jail under judicial custody and instead offered to be under house arrest.