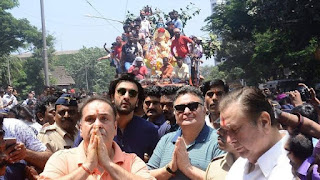 When it comes to Ganesh Chaturthi celebrations, Bollywood celebrities have always made headlines. However, it appears that the Kapoors won't be having a special day on Ganesh Chaturthi as they have bid goodbye to Ganesha during the Utsav last year